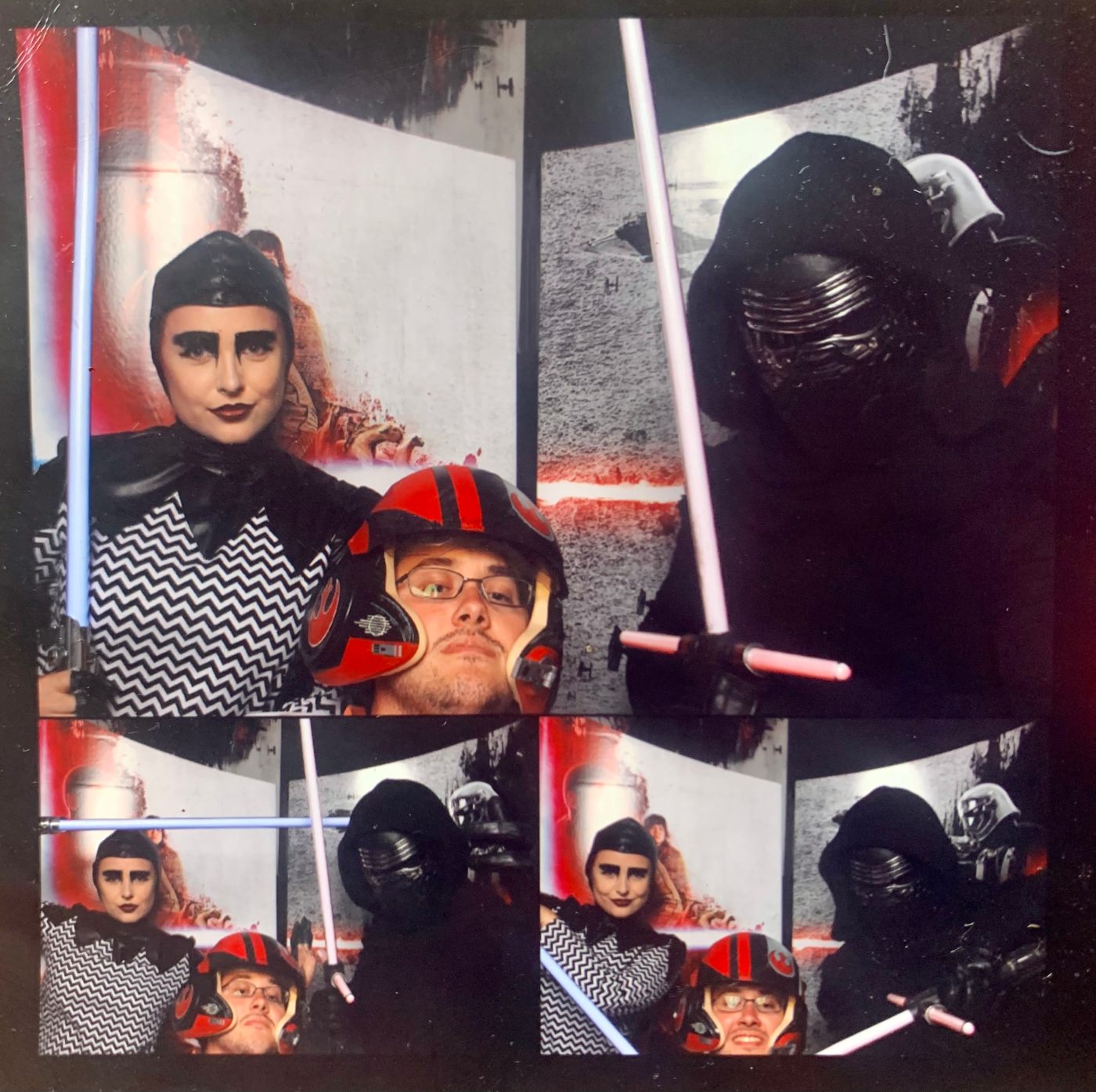 Made for : The Last Jedi film premiere

Background : She’s a blink and you’ll miss her character but I just found her costume enthralling. So when it came time for The Last Jedi to be released I decided that she would be the character I was going to dress up as.

This costume was major trial and error for me. I made it by splicing a whole bunch of patterns together but I don’t for the life of me remember what they were. I do know I used a Harley Quinn cowl pattern for the hood.

Because I wasn’t going for 501st approval, I didn’t bother to go for screen accuracy. I went with fabric that would pass for hers.

My favourite part about the whole costume was the makeup. I thought it looked so striking. I was also very proud of how I painted my finger tips. Because I wanted to eat popcorn at the theater, I painted them using black food colouring. It worked a little too well though as it stained my fingers green for about a week.

There’s a chance I still have this costume somewhere in storage so if I ever find it I’ll be sure to take better photos than the only ones I took on the night of the film.

Shop
Back to all Costumes

Currently working on :
Durmstrang Uniform - Harry Potter and the Goblet of Fire